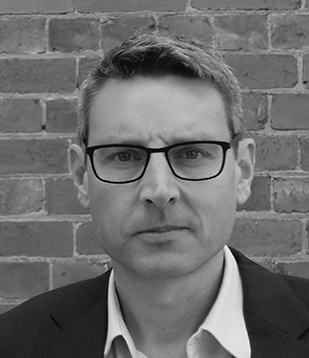 Jason Clay is a Senior Principal in Senversa’s Sydney and Perth offices, specialising in the risk-based assessment and remediation of contaminated soil and groundwater. Jason’s career began more than 25 years ago Jason’s career began investigating and remediating gas works in the UK and since then he has gained significant experience in heavy metals, chlorinated solvents, hydrocarbons and PFAS.

Jason is a state accredited Contaminated Site Auditor in NSW and WA and is a Certified Environmental Practitioner and Site Contamination Specialist (CEnvP SC) and a UK Specialist in Land Condition (SiLC). He is a registered principal environmental auditor (EARA) and has undertaken and managed single and multi-site, acquisition, divestment due diligence and regulatory compliance audits on facilities of all kinds all over the world.

Jason has been an accredited Contaminated Site Auditor since 2006 and since that time has completed more than 100 successful site audits. Audits have included major infrastructure projects such as metropolitan rail links and stadiums, off-shore oil and gas facilities, service stations, asbestos impacts, tailings dams, major manufacturing sites, landfills and airports/bases.

Location Sydney
Get in touch

This website uses cookies to improve your experience while you navigate through the website. Out of these, the cookies that are categorized as necessary are stored on your browser as they are essential for the working of basic functionalities of the website. We also use third-party cookies that help us analyze and understand how you use this website. These cookies will be stored in your browser only with your consent. You also have the option to opt-out of these cookies. But opting out of some of these cookies may affect your browsing experience.
Necessary Always Enabled
Necessary cookies are absolutely essential for the website to function properly. This category only includes cookies that ensures basic functionalities and security features of the website. These cookies do not store any personal information.
Non-necessary
Any cookies that may not be particularly necessary for the website to function and is used specifically to collect user personal data via analytics, ads, other embedded contents are termed as non-necessary cookies. It is mandatory to procure user consent prior to running these cookies on your website.
SAVE & ACCEPT